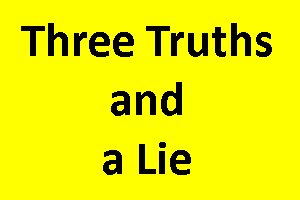 This year at each meeting, we will get to know a club member a little better by playing a game. A member will tell 3 things that are true and 1 thing that is a lie – in any order. Then, the other members will try to guess which statement is the lie.

After having the gavel passed to her for the club year 2017-2018, she kicked off the idea with her own example:

We will start in alphabetical order on July 11. Bruce Bingham will go first. If he is absent, it will be Susan Bingham’s turn. We will proceed that way, backing up to cover an absent person when they do attend. 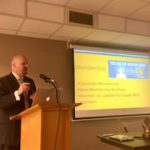 President Jon Mercer wrapped up his year reviewing all the amazing things our small club does in our community!! Thanks to Jon’s professionalism, resources at Carolinas HealthCare System – Blue Ridge and commitment to family, he led the club to a successful year. 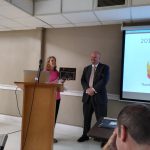 Jon Mercer passed the gavel to  2017-2018 President Beth Heile. In return, she presented him with a plaque that included a gavel to remember his year. 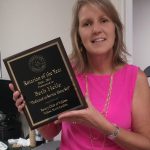 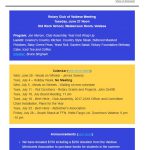 A newly formatted weekly e-newsletter went out today. Beth H and Lu have been working on a new system that you can quickly scan to get the info you need and follow links for more details. If you did not receive the e-mail today, check your Spam folder or Promotions folder. We are using the e-mail service MailChimp. It may take a delivery or two for your e-mail system to learn that you want these e-mails and where to put them. Hope you like it!

Yahoo
In Spam Folder, click on the Rotary e-mail, across the top, click “Not Spam” (has a little shield beside it). It will move it to your Inbox

Gmail
In Spam Folder, click on the Rotary e-mail, across the top, click the rectangle “Not Spam” button.
It may move it to Promotions or Inbox.

Starting new for 2017-2018, clubs are required to log all their service projects, hours, number of members involved and money donated. This is not for awards, but so Rotary International can publicize just how much their 1.2 million members do.

Beginning in July, when you arrive at a club meeting and pick up your badge, check in with 2017-2018 Secretary Thomas to log your hours (and note any make-up meetings). He will have a quick check list for common/recent events, but you may have to write out some activities.

The image is what 2017-2018 President Beth has entered into Rotary Club Central for the year 2017-2018. These events will be edited as they happen with specific hours/numbers (estimates in place now) and new events will be added as we go through the year. 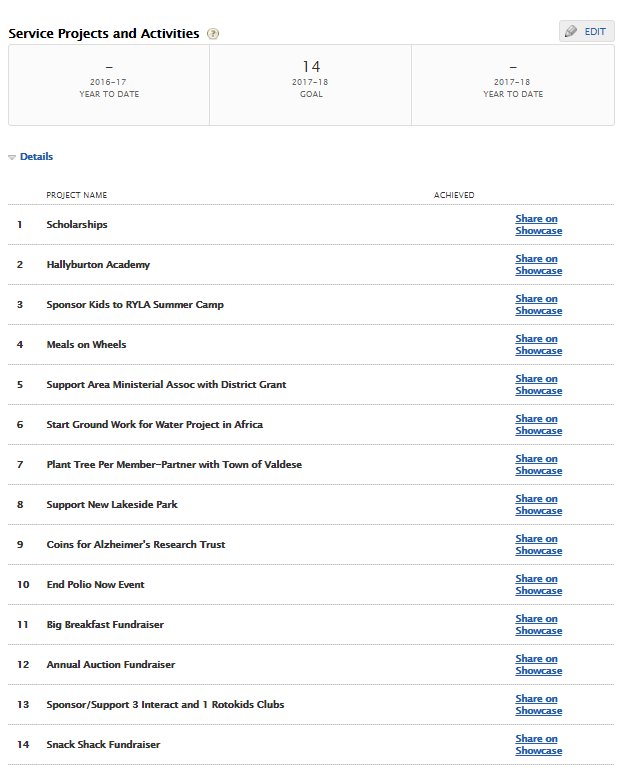 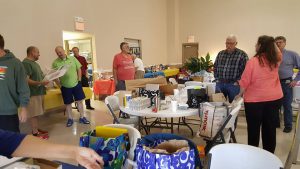 All successful people have a goal. No one can get anywhere unless he knows where he wants to go and what he wants to be or do. —Norman Vincent Peale

Our club wants to improve and we have a  3 year strategic plan to help.  You can read all the details including action items, but here is the overview: 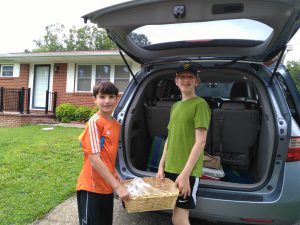 We had two Heritage Middle School Interact members help with Meals on Wheels this week. 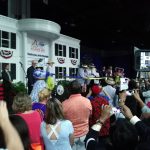 **Our meeting program on June 20 was an overview of the Convention.

The Rotary International Convention was held in Atlanta on June 10-14. Our club was represented by the Binghams, Heiles, Horldts, Laffertys and Mercers – that is 13 adults and children registered.

Saturday Morning – Grand Opening of the House of Friendship (trade show area). District 7670 won the award for the highest district registration rate worldwide at 350 people (15.9% of the district’s membership). As a reward the district members had their picture taken with RI President John Germ. 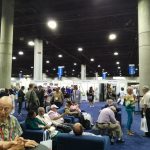 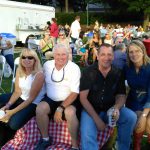 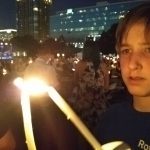 Tuesday Lunch – For President-Elects (Beth) to hear from Ian Riseley. 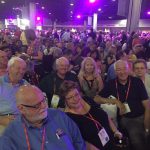 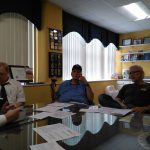 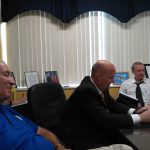 The Board (Officers and Committee Chairs) meets the 2nd Tuesday of the Month at 11am in the Whisenant Room in the Old Rock School. Officers and chairs give their reports and club decisions are made. At today’s meeting, we worked on a 3 Year Strategic Plan. 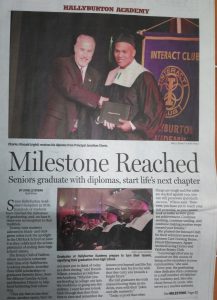 As a club, led by Ted Carothers, we have adopted Hallyburton Academy. We provide financial support and teachers for Music, Art and Financial Security Classes. We lead the First Friday Breakfast for students bringing in professionals from the community to speak. We sponsor their Interact Club. We help with Spring Fling Cookout each year.

Of course, we become attached to the kids. We are always there with them to celebrate graduation day. This year, we awarded three $500 scholarships to graduates Serenity Berry, Rember Alfonzo Cuestas-Acosta and Brandon Danner to help fund furthering their education. 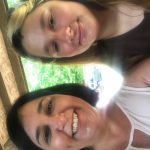 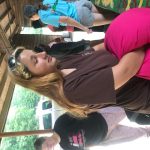 Our students are at camp this week!!

Wednesday will be the service day. Thursday, they go tubing down the French Broad River. One day, they will have a motivational speaker and lunch with Rotarians. This is an amazing opportunity.

Rotarians are welcome to visit the camp this week to see how it works.